The best Paw Patrol Dog Names: Paw Patrol is still one of the most popular children’s shows since its debut in 2013. If your kids love animals, especially cute puppies, they are sure to love PAW Patrol!

Whether you are here to follow your children’s interests or to find the best PAW Patrol dog names for a new addition to your family, we are here with the names of all the PAW Patrol characters.

We even ranked them in order of popularity, thanks to The Top Ten.

With that embarrassment out of the way, and without further ado, let’s dive into the PAW Patrol character names. Get ready, get… get wet! 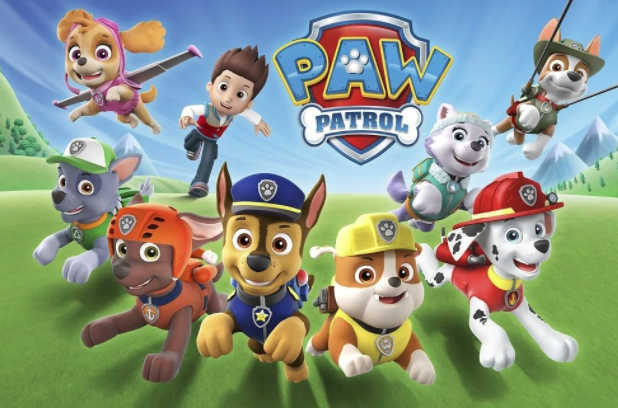 Many other characters are on the popular children’s show, most of whom are on the list. You will find the rest in the next section!

These are usually characters with a small role to play, who haven’t made it to the rankings but are still part of the show, so of course, it’s worth mentioning! 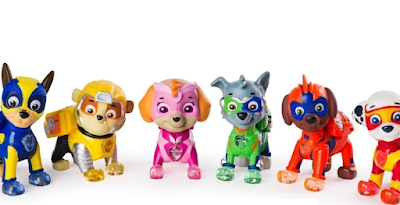 43. Sid Swashbuckle: As far as Paw Patrol names go, he’s in our top 3! Sid is a pirate who tends to steal things with his dog Arrby.

47. The cheetah: Mayor Humdinger’s cousin, is a menace who delights in acts of cowardice.

49. The Kitty Catastrophe Crew:Or the kit-tastrophe Crew, are basically the Anti-Paw Patrol. Seven evil cats and two humans who carry out the orders of Mayor Humdinger.

50. Mindy Moo: A cow who lives with farmers Yumi and Al.

52. Liberty: A curious, lively, and courageous long-haired dachshund who admires the Paw Patrol.

53. Farmer Al– The owner and operator of the Moo Juice dairy farm in Adventure Bay. He marries Farmer Yumi in Season 2.

54. Emma and Corny – Two pigs from Al Farmer who love each other very much.

How Do I Pick a Good Dog Name? Dog Name Guide

Do you have a dog that is your own hero pup? So it’s only fair that you name them after another hero, like one of the PAW Patrol pups! 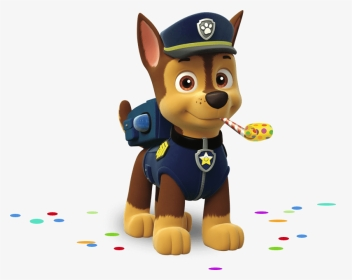 Follow this advice on the name of the dog and you will not go wrong! How to choose a dog’s name:

If you follow these three steps, you are on your way to picking a perfect dog names!

How many PAW Patrol dogs are there?

The PAW Patrol names on this list include all of the characters and are generally ranked on a popularity ranking. 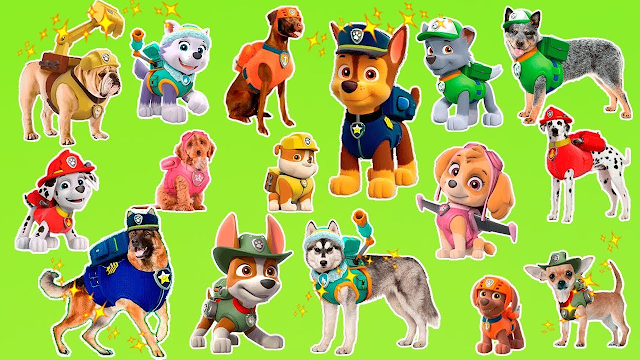 We hope that you are now a little more informed about the characters and the names of the puppies than before.

In recent years, the Paw Patrol is one of the most successful children’s television cartoons involving these adorable animals. However, many people already know it, just in case we are going to explain what it consists of.

Paw Patrol, is an animated series for children that narrates the adventures of Ryder, the main protagonist, along with his puppies of different breeds of dogs that make up the patrol. In each episode, they face different problems that they can solve thanks to each team member’s different abilities and characteristics.

As you can see, it is, therefore, a great choice to take this show into account when choosing the name of your future pet, especially if there are children at home who are fans of the series, as they will be delighted to have one of the members of their favorite series at home.

But how do you choose the best paw patrol dog names? In the following sections, we will give you all the necessary information to choose the best name based on the characteristics of your pet.

You May also read