Know about Can you put two hamsters in the same cage: Right or wrong? Hamsters are one of the most common household pets. The fact that they are small animals, requiring little care when it comes to cage cleaning and they take up little space in any house, makes many people choose these adorable rodents as pets. The truth is that hamsters are also chosen because they are very good pets for young children. Who can have fun with them and give them a lot of love and care.

Can You Put Two Hamsters in the Same Cage

However, it is convenient to know certain aspects of hamsters before acquiring them. Because afterward, you can get some other surprises. One of these aspects to consider is the fact of buying a single hamster or more, as well as putting two hamsters in the same cage or having them in separate cages due to the possible risks that the fact that they are together. Living together can be complicated.

In Stores, Hamsters All Together

Something that can get a lot of attention is that the fact of putting the hamsters together in the same cage when they are kept as pets is questioned. But when they are seen in the store, they are usually all in the same cage. In this case, it seems that coexistence is good because, if it were not, the person in charge of taking care of them and ensuring their safety would separate them and change places. 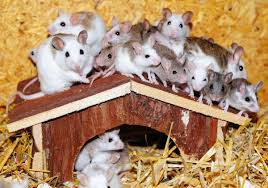 However, the fact that hamsters were together in the same cage is because they are usually pups. The mother has to breastfeed them and, therefore, they do not fight each other. The animals feel very close to the mother and, although there may be some kind of dispute between them, violent situations will not occur. Hamsters are usually in stores for a short time, and therefore do not usually give them time to grow too large and have to separate them.

What to Do in the Houses With the Hamsters?

When you acquire one of these small rodents, many times you wonder whether to acquire one or more than one, due to the fact that you are not alone. It is often quite difficult for humans to understand that animals are very happy on their own and do not need any other companions of their kind with them. For this reason, it is advisable to be very well informed about the relationship and coexistence that one hamster will have with another to avoid possible later troubles. 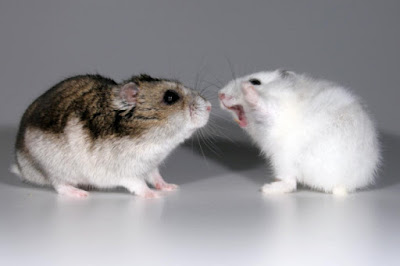 Putting two hamsters in the same cage is not usually easy, so if you acquire two animals, it is advisable that you pay close attention to the behavior of the first few days. The reason why hamsters do not usually accept the company of another of their own species is that they are very territorial. These animals do not want any other animal like them to take away or usurp what they consider their territory. So they end up getting into fights that lead to annoyance if they are not attentive to the situation of the pet.

If You Want to Have the Hamsters Together

It is true that having two or more hamsters living together does not have to be entirely bad. There are some who, depending on their age and sex, can combine perfectly, but it is very important to take some things into account so that the unwanted disagreements do not occur. One of the fundamental aspects is the subject of the cage. Your pet must have enough space to run freely, hide, and have fun with the different accessories of the cage. 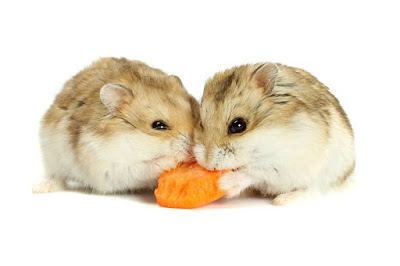 As we have been commenting before, putting two hamsters in the same cage can be somewhat complicated, so if you notice that between the two, they do not get along and that some type of shock has already occurred, do not wait for something worse to happen. It quickly changes to one of the two cage hamsters. Therefore, you must have a spare cage for the moment you notice that someone has screeched or injured themselves. You should not wait for any adaptation period if any of this has already occurred.

When Can You Get Your Hamsters Together

If you are clear that you want to buy two hamsters as a pet, you should know when it is possible that they are together and when it is totally prohibited because the situation will end badly. 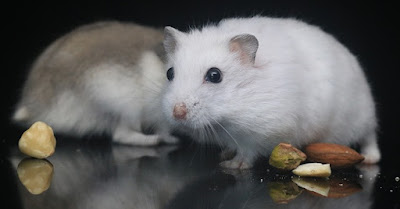 You can only pair two male hamsters together because they are less territorial than female hamsters. Also, females have unstable hormonal cycles so that they can fight at different stages. These male hamsters must belong to the same litter, that is, be brothers, or to join them before three months.

Keep in mind that they must not have reached sexual maturity before you put them in the same cage, because then they will be much more territorial. It is also forbidden to join male and female because they will reproduce without any control. With all these tips about, can you put two hamsters in the same cage? Make the decision that you think is most convenient for you and enjoy having this small rodent as a pet in your home. What Can Guinea Pigs Eat?